As research on CBD progressed, new chemically synthesized CBD not made from marijuana-derived has been developed in the United States.

For that reason CBD chemically synthesized from orange peel has started to be imported to Japan via CBD California Trading Company.

This chemically synthesized CBD is 100% chemically identical to the plant base and is manufactured using a unique process that produces a pure, consistent and stable compound that is completely THC-free.

And since chemically synthesized orange-derived CBD does not contain THC, the same effect can be obtained without the side effects of THC compounds.

Indeed, it is a new way to get the highest quality products that has never been offered so far with the purity of CBD.

In fact, this new CBD was invented using a process that transforms terpenes into biologically identical cannabinoids.

This new type of CBD is made by extracting the terpenes and interacting with cannabinoids.

By combining organic molecules in this new process, scientists have been able to create a biologically identical cannabinoids in a unique way.

And studies have shown that the orange CBD is made of cannabinoids molecularly identical to those found in natural plants and act exactly the same way in the body.

This is then great news for Japanese people who want to start using CBD and get something that is absolutely safe. 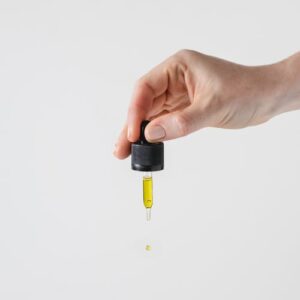 Consequently, this new type of orange CBD has gained in popularity in the world, including Japan, and has quickly attracted the attention of medical, health and beauty industries.

In addition, among all the benefits, orange CBD is stable, soluble, and consistent. Its purity and chemical structure make it ideal for use as a powder or as an oil, unlike hemp CBD which leaves in general a strong and unpleasant taste no matter the products.

Orange CBD is odorless and tasteless. It is available in both liquid and powder formats and can be easily incorporated into formulations and food preparations.

Let’s try to use it now!