The body’s reaction to alcohol consumption varies from person to person. Some people may feel flushed or lightheaded after a few drinks, while others may drink all night without much change.

Why do these differences exist?

These two enzymes are found in the liver. The amount of the latter ACDH is congenitally determined, and people who become intoxicated immediately after drinking alcohol are born with a low amount of this ACDH.

As alcohol intake increases, the amount of ACDH in the body temporarily decreases. If alcohol is consumed while the ACDH enzyme is depleted, the body is unable to process any more alcohol.

These symptoms are what we call a hangover. 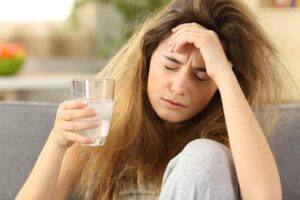 Acetaldehyde is a free radical, a substance that damages the body. When more alcohol is consumed than the body can process, large amounts of acetaldehyde travel through the bloodstream, damaging brain cells and nerve cells.

As a result, it causes memory impairment and loss of motor function. CBD, a powerful antioxidant, removes free radicals from the body and protects the brain and nervous system.

In a past study of mice fed large amounts of alcohol, it was reported that nerve damage was reduced by 50% when CBD gel was applied to the skin.

Although CBD has neuroprotective properties, the first step would be to take care not to consume more alcohol than one’s tolerance level. 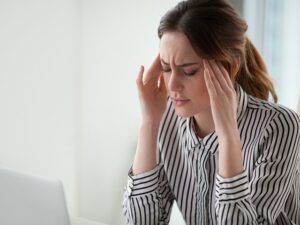 Reduction of symptoms such as headache and dehydration

Alcohol has diuretic properties. It is said that when alcohol is consumed, about four times the normal amount of urine is excreted. Despite the fact that you are drinking liquid, the more alcohol you consume, the more water your body loses.

A dehydrated body shows an inflammatory response, causing headaches, dry mouth, hot flashes, and dizziness on the day after drinking.

CBD does not help with dehydration. However, CBD has anti-inflammatory properties that may help reduce headaches by suppressing inflammation throughout the body.

Hydration is essential to prevent dehydration. When drinking wine, champagne, sake, beer, or anything else, it is easy to neglect drinking water, but be sure to drink slowly, taking in more water along the way. 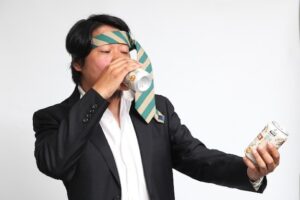 Overseas studies have shown that blood alcohol levels were significantly lower when CBD was consumed with alcohol than when it was not.

Taking CBD when drinking alcohol may reduce the amount of alcohol absorbed into the bloodstream and may be effective in preventing hangovers. 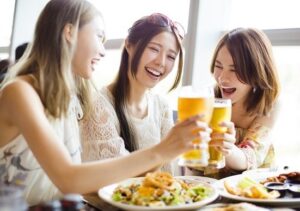 Long-term consumption of large amounts of alcohol can affect cranial nerves and cause disease.

A 2013 study showed that administering CBD prior to alcohol consumption reduced alcohol-induced neurodegeneration by more than 50%.

People who consume alcohol on a daily basis may want to incorporate CBD as a preventive measure. 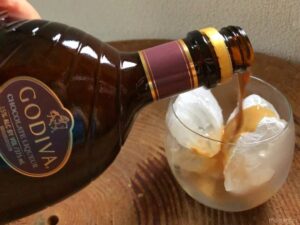 A 2019 study shows that CBD intake may be effective in decreasing levels of alcoholic beverage consumption and eliminating dependence.

While it is fine if you enjoy drinking alcohol, many of us are unknowingly “pre-dependent” on alcohol.

It would be good if we could adopt CBD and deal with alcohol in a good way.

Is it safe to take CBD and alcohol together?

Currently, there are not many studies on CBD and alcohol, but it does not seem to have any significant negative effects when consumed in moderate amounts.

On the other hand, some people find that CBD and alcohol together can make them intoxicated more easily, so be sure to observe the proper amount when consuming them. 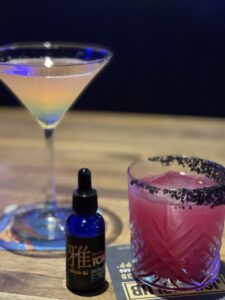 About the good timing for taking CBD

Ideally, CBD should be taken 30 minutes to an hour before drinking. In fact, taking CBD in advance reduces the amount of acetaldehyde and alcohol absorbed into the bloodstream, making it more difficult to get drunk.

It may also be beneficial to take CBD after the symptoms of a hangover appear.

The analgesic and antioxidant effects of CBD should help reduce symptoms such as dizziness, nausea, and headache caused by a hangover.

Current research has shown no adverse effects of ingesting CBD and alcohol at the same time; on the contrary, many people find that alcohol promotes the relaxing effects of CBD.

If you drink heavily on a daily basis or suffer from hangovers, it would be a good idea to take CBD with alcohol.

We have heard rumors here and there that people have felt the effects of taking it on the morning of a hangover.

The required intake of CBD varies greatly from person to person, and the effects obtained will also vary depending on the amount consumed.
It is recommended to start with about 10 mg at a time and gradually increase the dosage to find the right amount of CBD for you.

Who is CBD recommended for?

CBD supports the body’s ability to maintain balance, known as the “endocannabinoid system,” thereby helping to regulate the body’s physical and mental health.

In particular, many modern people are said to suffer from “cannabinoid deficiency,” a disorder in which the function of the ECS is disrupted by stress, lifestyle, aging, and other factors.

Some people who take CBD feel that it makes their mornings easier, reduces irritability, clears their head, and relaxes them.
Especially those who are busy at work, those who are usually stressed easily, and those who have trouble sleeping may feel a change in their physical condition by continuing to take CBD. 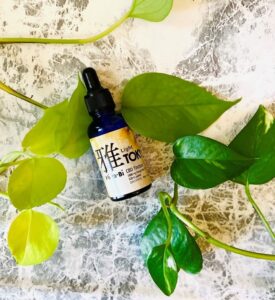 For those who still don’t know what CBD (Cannabidiol) is

CBD is one of the active ingredients called “cannabinoids” in hemp.

It is an ingredient that can be legally used in Japan without the psychoactive or addictive effects that give hemp its strong “high” image.

The main benefits of CBD are:

These include the following.

Studies have shown that these effects can help with a number of diseases, including cancer, epilepsy, dementia, depression, insomnia, and many others. 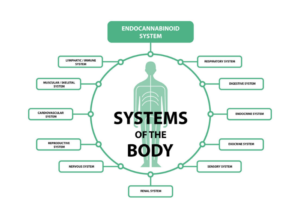 It plays an important role in regulating all functions of the body and mind, including immune, pain, emotional, metabolic, motor, and cognitive functions, and any imbalance in the ECS can lead to illness and dis-ease.

However, it is said that many people today suffer from cannabinoid deficiency, a condition in which the function of the ECS is weakened by aging, stress, and lifestyle.

CBD can act as a deficient cannabinoid and help restore normal functioning of the disordered ECS.

Does CBD really help with hangovers?

Yes it does. It works well for example to limit nausea.

Indeed, one of the most painful symptoms of a hangover day is nausea and vomiting.

A 2011 study showed that nausea and vomiting can be controlled through the endocannabinoid system.

In particular, CBD is thought to suppress nausea through indirect activation of “serotonin 5-HT1A receptors.

CBD has been shown to have the ability to relieve headaches through the endocannabinoid system.

In migraine headaches in particular, the pain may be caused by a lack of endogenous cannabinoids, and cannabinoids such as CBD and THC have been shown to be effective.

Although there is no direct data on the effectiveness of CBD for headaches caused by hangovers, the sedative and analgesic properties of CBD may provide headache relief.

Many people lose their physical as well as mental balance the day after drinking too much alcohol.
In addition, the fatigue and headache caused by a hangover tend to make people feel even more negative.

While drinking alcohol, we temporarily feel high and good, but as the alcohol wears off, we feel stress and anxiety as a reaction.

CBD has an effect similar to that of antidepressants, and is believed to be effective in increasing the secretion of serotonin, a happy hormone, to treat mood swings and anxiety.

If taken on the morning of a hangover, it may support a healthy mindset for the rest of the day.